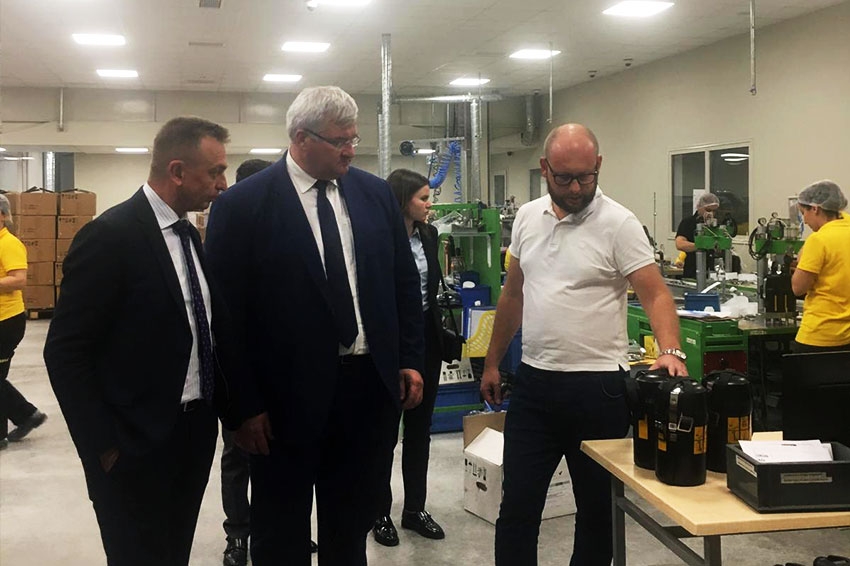 Mr. Andrii Sybiha, Ambassador of Ukraine to the Republic of Turkey, and Mr. Oleksandr Gaman, Consul General of Ukraine in Istanbul, visited DEZEGA SP plant in Izmir. Company employees hosted an excursion about the plant, especially the recently built premises. Mr. Sybiha attended the grand opening ceremony over two years ago, and now he could see for himself that the company has been developing the manufacture all this time.

“Kazan-kazan”, or «win-win”, is how the Ambassador describes in his Twitter account the Turkey-Ukraine cooperation in DEZEGA: workers at the Turkish plant master the production of mine rescue equipment, developed by Ukrainian engineers. Since the opening of the plant DEZEGA engineers developed several new models, and the company has expanded production facilities to accommodate new products.