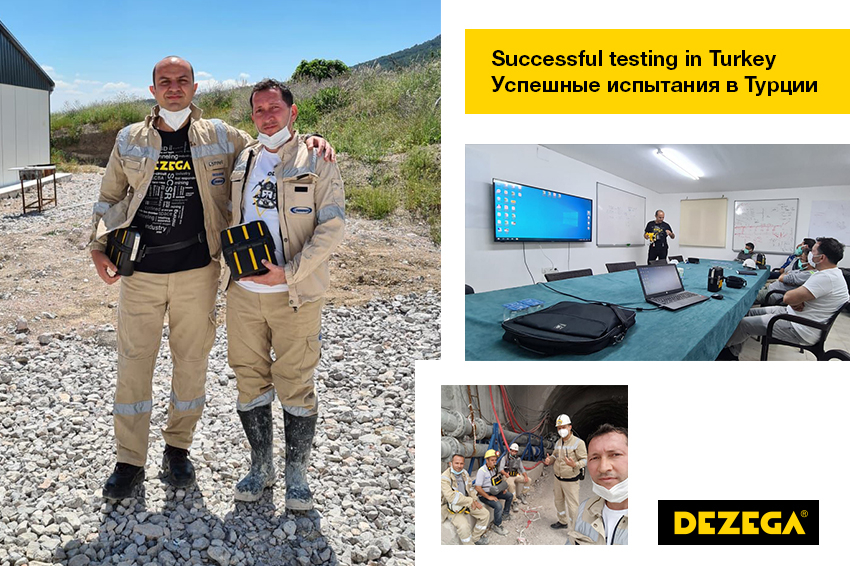 In early June, mine tests of DEZEGA self-contained self-rescuers CARBO 60 and Ci-30 KS were successfully completed. The testing volunteers accompanied this testing together with supervisors from DEZEGA SP: Serkan Telek, the quality control manager and Mesut Han, the business development manager. Mine testing was carried out under slopes of up to 15% in the Fernas Madencilik mine, owned by the Fernas group. This group of companies is specialized in construction, energy production, natural gas distribution and service providing, industrial manufacturing, underground and open-pit mining, food chain and tourism.

The CARBO self-rescuers line is a breakthrough in the self-contained breathing apparatus industry over the past decades, as the direct users who tested CARBO 60 persuade it. Several years ago DEZEGA Research and Development Center started the new self-rescuer project conception process. Two years ago the initial prototype testing was started. CARBO 60 was designed by using modern technologies and design tools. The many years of experience in handling and using own-produced self-rescuers and the feedback, requirements and wishes of the end users were taken into consideration during designing.

Positive feedback from DEZEGA self-rescuers’ users is the highest assessment of the company’s activity. After testing, miners noticed the range of advantages of CARBO 60, but we will share the details about it in our following news.