Over the past year, SU RPE increased productivity by 1,5 times 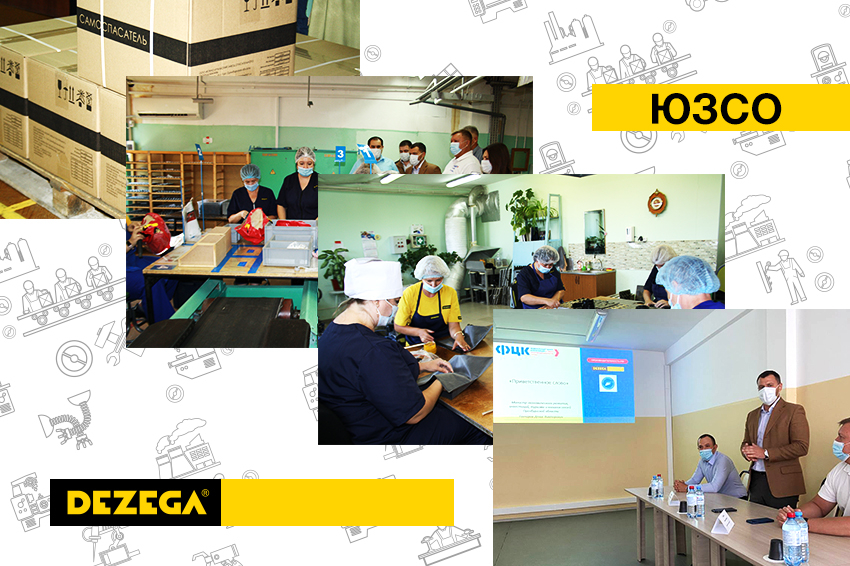 The first stage of implementation of the national project “Labor productivity and employment support” has been completed at “South Ural Respiratory Protective Equipment” Llc (SU RPE). During the year of participation in the program, the plant managed to double the production process of the SPI-20M self-rescuers and increase the production rate by 1, 5 times.

At one of the production sites of DEZEGA  - “South Ural Respiratory Protective Equipment” Llc (Gaj, Russia) – a project to increase labor productivity was launched a year ago. It was implemented within the framework of the federal program “Targeted support of labor productivity at enterprises”, which was supervised by the regional project office of the Ministry of Economic Development of the Russian Federation.

The project arrangement at SU RPE is intended to last three years. At the first stage, the reorganization was carried out at the site of the plant for the manufacture of SPI-20M self-rescuers. There was a working group created, which was able to identify problems and outline ways to solve them.

Breathing apparatus SPI-20M is designed for evacuation in case of fire or smoke. Any man can use this self-rescuer on his own: it protects respiratory and visual organs and chemically bound oxygen cartridge provides the user with the necessary oxygen. During the project, SU RPE has doubled the production process of SPI-20M from 80 to 36 hours and, accordingly, increased productivity by 1, 5 times. The efficiency of product output has increased due to the operation of lean manufacturing principles in the work. For instance, before the project, one of the main components of a self-rescuer – a breathing bag were glued together in batches. In such a case the maximum productivity per shift was several hundred breathing bags. Currently, the SU RPE employees manage to produce 1,5 times more bags per shift. We managed to accelerate the process by eliminating unnecessary relocation of employees in search of materials, components, as well as by balancing the line and levelling the load.

Moreover, according to the words of the project manager Vitaliy Yarmysh, thanks to the new solutions introduction and the correct distribution of working time it was possible to reduce the production time for one batch of production on the selected stream from 10 to 5 days.

“It’s crucially important for us to manufacture products of the highest quality in the shortest period and the quantity required by our customers. Over the past year, we have been evaluating technological processes concerning losses and organizational efficiency, looking for options for their optimization and increasing efficiency. It is impossible to say that the improvement process went like clockwork; initially, there was distrust and scepticism of the employees. However, what has been done currently is an enormous work of a lot of people. We will continue increasing labor productivity in other areas of the enterprise according to a plan, - said Nikolay Fedosov, General Manager of “South Ural Respiratory Protective Equipment” Llc.

“South Ural Respiratory Protective Equipment” Llc develops, manufactures and maintains respiratory protective equipment for workers in the mining, chemical and metallurgical industries. Its history dates back to 1982. It’s meant to be a leader in its segment.  This plant’s manufactured production is mainly unique and has no analogues in the countries of the Customs Union, Uzbekistan and Turkmenistan. The plant produces equipment under the DEZEGA brand name