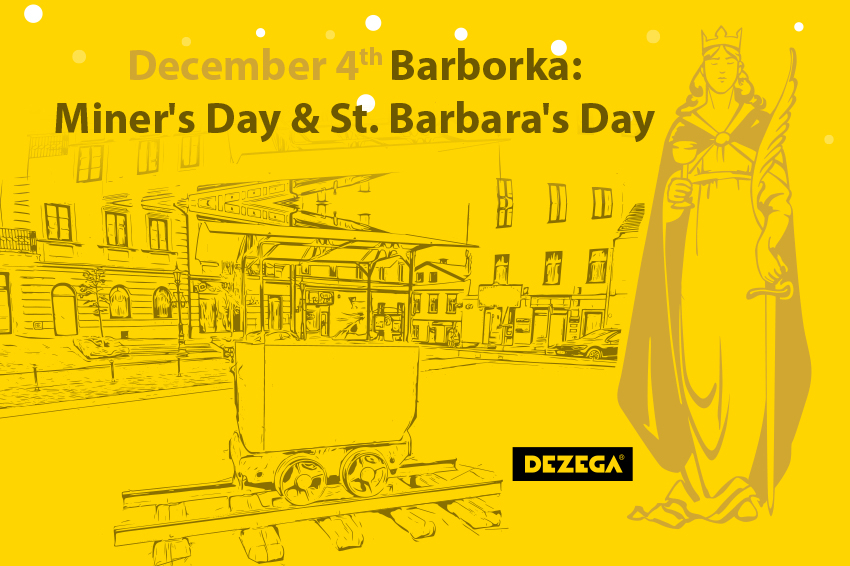 On December the 4th, Poland celebrates the holiday of Barbórka – the Day of Remembrance of St. Barbara – the heavenly patron of miners, the tradition of celebrating back to the 19th century.

Saint Barbara is considered the patron of everyone who works underground – miners and people whose professions are associated with a risk to life: metallurgists, geologists, engineers, sappers, artillerymen, sailors, military and specialists working with explosives.

In Poland, this holiday is massively celebrated: it begins with a morning mass in churches and continues with concerts, festive events, ending with the “Beer Tavern” – a competition for beer drinking, accompanied by funny and anecdotal stories.

Saint Barbara’s Day is honored and celebrated in Ukraine, Belarus, Russia, Uzbekistan, but it is two weeks later due to the difference between the Georgian and Julian calendars. This holiday is also celebrated in December in artillery units of the armed forces of Britain, Australia, Canada, New Zealand, Ireland, the United States and Norway.

DEZEGA sincerely congratulates all our Polish colleagues on their professional holiday – Miner’s Day! We wish all underground division employees good health, family well-being and safe working conditions. Let the number of descents be equal to the number of ascents!

It’s a big honor for us to be a partner and ensure the safety of workers in many of the Polish coal mines. DEZEGA breathing apparatus is always on guard for your protection in an emergency.