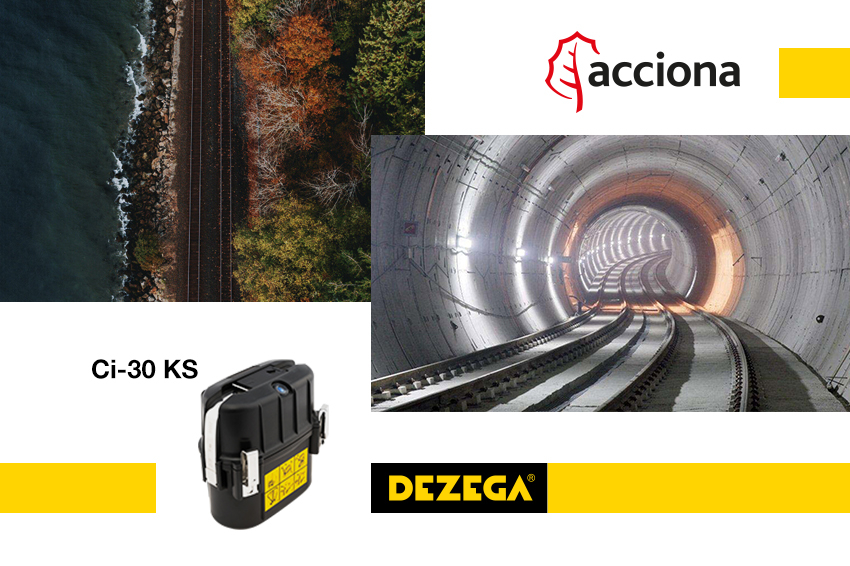 The international developer and manufacturer of personal respiratory protection equipment (RPE) DEZEGA in December 2021 signed a direct contract for the supply of its products with the international construction company ACCIONA. Throughout its history, the Spanish corporation has built more than 600 km of tunnels, 3000 km of railways and subways, 1200 km of which are high-speed highways.

It is not the first time when DEZEGA has been cooperating with ACCIONA: we have taken part and are actively participating in the company’s projects in different countries around the world. The Spanish conglomerate is currently building a 23 km motorway in Norway, as well as a 10 km double-track railway between Sanbukta and Sastand. DEZEGA ensures the safety of workers in these projects with its RPE. In addition, we supplied breathing equipment for ACCIONA during the construction of the longest tunnel in Scandinavia (22 km) - high-speed railway Follo Line in Norway, as well as for the metro line in such cities as Madrid, Barcelona, Bilbao, Malaga, Seville, Valencia, Caracas, Medellin, Hong Kong, Lisbon and Dubai.

DEZEGA devices will be used in the construction of the Sao Paulo (Brazil) metro. This is the largest infrastructure project in South America, which includes the construction of the 15 km ORANGE LINE with 15 new stations.. Consequently, they will connect the center of the capital with the northwestern part of the city, crossing several quarters where some of the main universities of São Paulo are located.

ORANGE LINE is not only a public-private partnership for the implementation of the largest infrastructure project in Latin America but also the largest infrastructure project in ACCIONA history. The budget of this project is 2.3 billion Euros, and construction is planned to be completed by the end of 2025. After this facility commissioning, the new stations will bring an additional passenger traffic capacity of +600,000 people per day.

During construction, workers will use 30 minutes self-contained self-rescuers DEZEGA Ci-30 KS. It is a lightweight, reliable, easy-to-use apparatus, which is used for evacuation along medium and short escape routes.

“DEZEGA launched the American market in 2016. It was the fifth continent, where our company came with new technologies in the RPE field. Over the years, we gradually entered new sales markets and export countries, expanded the horizons of cooperation and the implementation area of our products, modified the existing serial breathing equipment and created completely new devices from scratch. We will continue to keep the chosen direction vector. In accordance with the company’s development strategy, we will also work to maintain leadership positions and increase the market share of the current markets, retain existing customers and attract new ones, launched related industries and enter new sales markets. We are proud to have started supplying DEZEGA products to Brazil and we are especially pleased to have started with thus an ambitious project like the construction of the Sao Paulo metro, the largest infrastructure project in South America”, - said Yuriy Spivak, Business Development Director at DEZEGA.