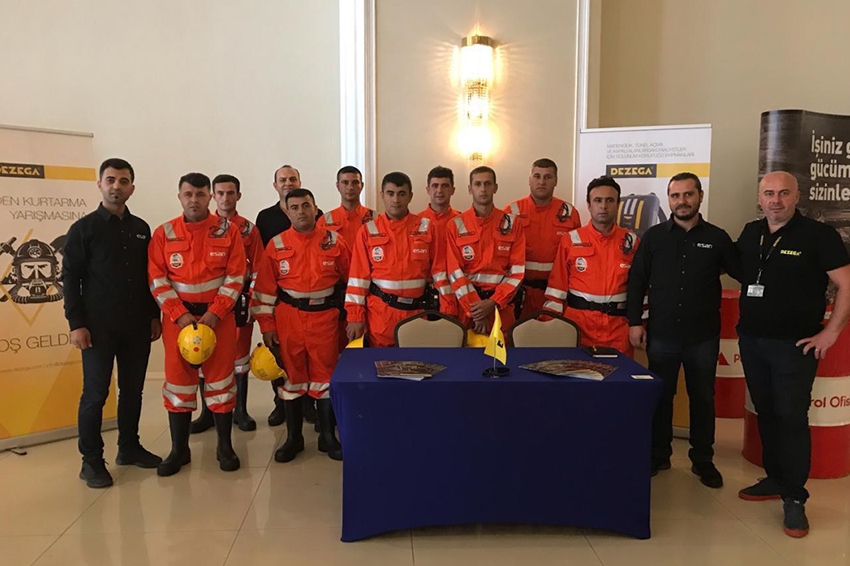 The First National Mine Rescue Competition is under way at Tüprag Gold mine in Izmir, Turkey, with the support of The Turkish Miners Association. DEZEGA, a leading international designer and manufacturer of breathing equipment for miners and mine rescuers, will be the gold sponsor.

Similar events take place every year in different countries, while in Turkey this is a unique format for now: for the first time only mine rescuers of the Turkish mining companies - Çayeli Bakır, Esan, İmbat, Koza altın, TKİ, Tüprag – compete.

DEZEGA is well known among Turkish mining companies. After the latest 10 years’ presence on the market of Turkey, the company has a well-deserved reputation for its innovative mine rescue equipment. The Turkish Republic is not only a market place, but also the location of the main DEZEGA manufacture: the company officially opened its new plant in Izmir in 2017.

Beside that, the representatives of Kyiv and Izmir offices will tell about the latest developments in respiratory protective equipment.

DEZEGA welcomes the experts and professionals in the field of mining and mine safety to take part in the event and visit the DEZEGA display at Tuprag Gold Mine area, Efemcukuru, Izmir.