DEZEGA products are used in the High Speed 2 mega project 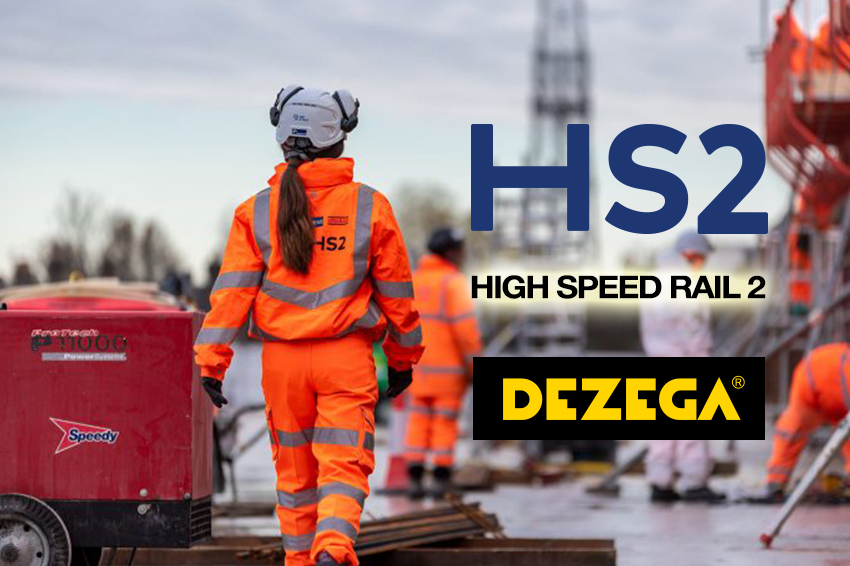 DEZEGA has been awarded a contract for Chiltern Tunnels (HS2) project by Align JV. We will be providing self-contained self-rescuers for the workers during the construction of the tunnels. Align is delivering the Central 1 (C1) portion of the UK High Speed 2 line (HS2). C1 consists of 21.6km of high speed rail infrastructure that includes a 3.37km viaduct, 16.04km twin-bored tunnel and five vent shafts handling both intervention and tunnel ventilation facilities.

The project will use DEZEGA 1PVM KS 60-minute shoulder belt worn self-contained self-rescuers, which have European certificates. 1PVM KS is a reliable and easy-to-use device with a simple and quick donning procedure, which is critical in case of an emergency. The device is constantly being modernized, keeping and improving its unique properties.

In addition, it is planned to provide DEZEGA training equipment and conduct trainings for the end-users. With the help of training self-rescuers, workers will be able to work out the donning and evacuation procedures in close to real conditions. Through constant practice, users develop and maintain skills of the correct handling of the protective equipment. Which in turn guarantees correct behavior in an emergency and, accordingly, significantly increases the chance of rescue.

DEZEGA has many successful equipment supplies on tunneling projects: the construction of the Sandbukta – Moss – Såstad (MossIA ANS) railway and the high-speed railway line Follo Line in Norway, Rosenstein Tunnel and the Stuttgart tunnel in Germany, BBT between Austria and Italy, IRDIS in Qatar, and several projects in other Scandinavian countries, Spain and Hong Kong.