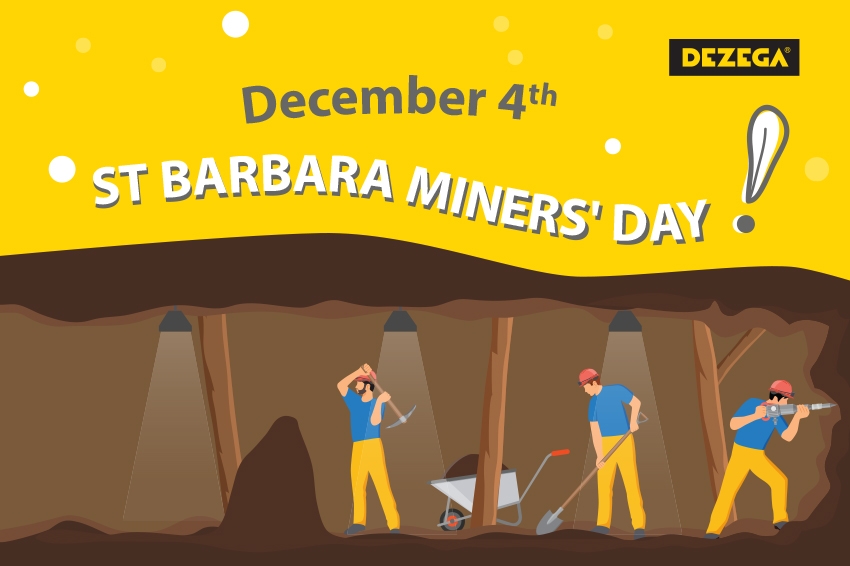 St Barbara is the patron saint of miners, sappers, engineers, artillerymen and other people who work with explosive substances. She is believed to protect people from sudden and violent death.

Miners in many countries celebrate this day, but the largest scale feasts are held in Poland. Poland celebrates the Miner's Day on December 4. It is also known as Barbórka. Polish miners parade the streets in full uniform and carry the flags of mines or church parishes. They have concerts and beer drinking competitions in all mining cities.

In Ukraine, Belarus, Uzbekistan, and Russia, people celebrate St. Barbara’s day as well, but the date is December 17, because of the differences of the Gregorian and the Julian calendars.

The USA and Canada commemorate the National Miners’ Day in December as well, on December 6: this day was established to honor the memory of 362 miners, who died on that day in 1907 in the Monong accident in West Virginia.

DEZEGA traditionally wishes good luck to all miners: Glück auf friends! And, in case of emergency, DEZEGA escape and rescue equipment will keep you safe.