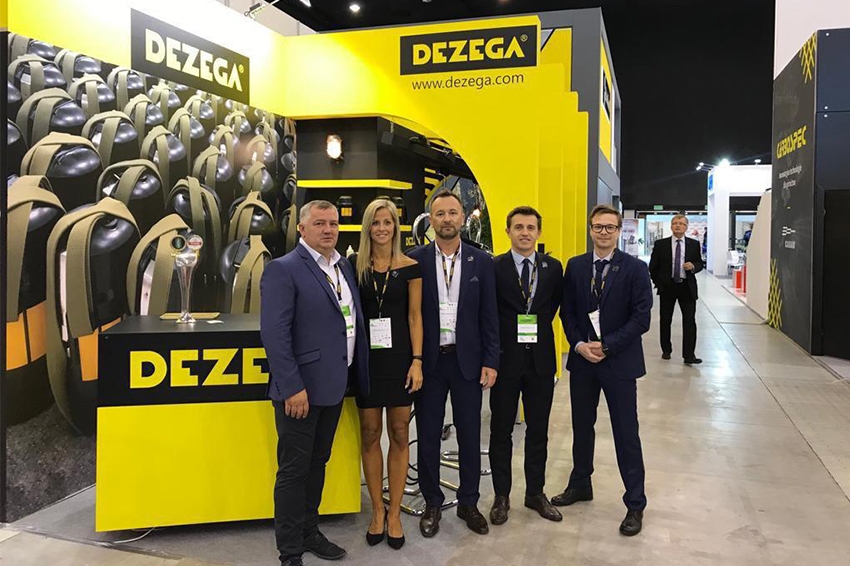 The 27th International Fair of Mining, Energy and Steel Industry KATOWICE 2019 is taking place in Poland September 10-13.  Polska Technika Gornicza S.A., a major regional manufacturer of mining equipment, is hosting the event. The Fair is held every two years at the International Congress Center and Spodek Arena in Katowice.

About 25 thousand specialists from over 20 countries arrive to Katowice this year to be introduced to inventions and novelties from over 400 exhibitors. During four days of the Fair manufacturers and service providers will show the newest inventions in the field of mining and beneficiation, mine safety, etc.

DEZEGA will present several novelties this year at its booth in Katowice: the production version of compressed oxygen SCBA P-70, which DEZEGA introduced as a prototype 2 years ago, new 60-minutes self-rescuer CARBO with improved breathing features, and training self-rescuers. Known and well-reputed DEZEGA devices are at the display as well.

“Attending such industry events is not only an effective way of company promotion to new markets, but also a networking platform to meet current and future partners, clients and end users all at once. DEZEGA products are well known in Poland. Our company has many years of mutually beneficial cooperation with Polish mining companies. We compete successfully with local manufacturers. In the past two years, we won almost all the tenders for self-contained self-rescuers in Poland. We are proud that DEZEGA name stands for safety, quality and reliability” – says Yuriy Spivak, the development director of DEZEGA.