Self-contained self-rescuers vs filters one 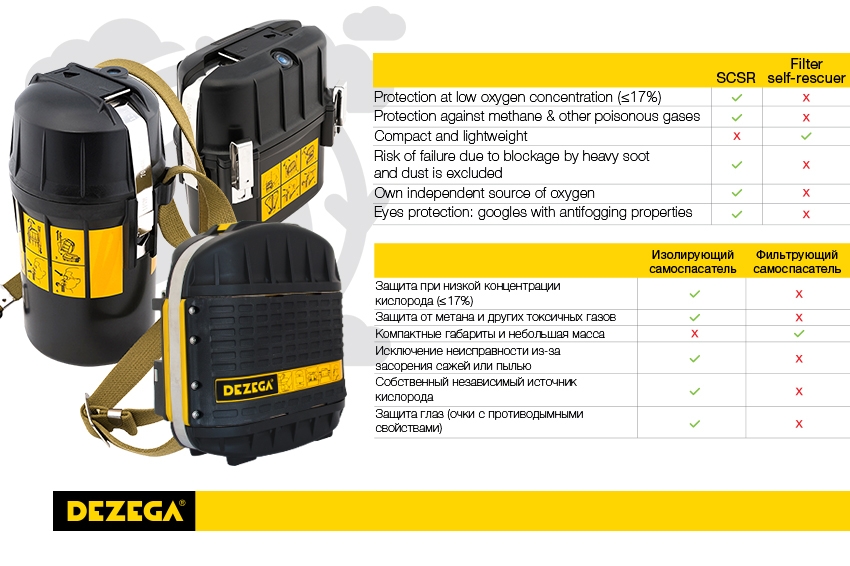 According to the world’s practice, the real steps on improving the safety level of underground workers are taken only after accidents and a large number of victims. Therefore, after major accidents in different countries worldwide, began to pass laws on mandatory use of self-contained RPE, the use of new technologies in mining and miners’ training. There are many similar cases – RSA, Australia, the former republics of the USSR, Vietnam, Europe and Asia, South America.

What is the key difference between self-contained and filtering self-rescuers?

Filtering breathing apparatuses eliminate only certain gases; in addition, they are not able to protect underground workers in an environment where the oxygen is less than 17%. The use of self-contained self-rescuers (SCSRs) completely limit the user from the ambient atmosphere, protecting him from any concentration of toxic gases. Let’s see the comparison table.