Mine-rescue competition in Karaganda: hone the skill of incident mitigation with DEZEGA equipment 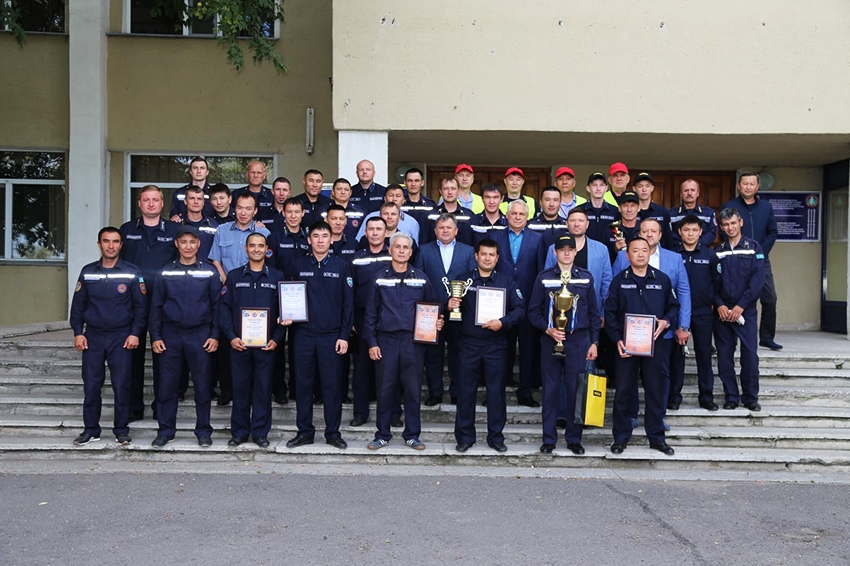 In August 2020, the mine-rescue multidiscipline competition was held on the territory of the training complex in Karaganda (Kazakhstan). The teams of emergency rescue services from Karaganda and Shakhtinsk took part in it. There were five teams, each of which had 7 people.

The purpose of the competition is to improve the professional skills of mine rescuers in providing first aid to victims and incident mitigation. The key areas of rescuers work are coalmines, open-pit mines and chemically hazardous facilities in the region.

The rescue team belongs to the structure of the Karaganda rescue squad. This is a special detachment. It has the right to descend into the mines and provide the first aid to the workers of coal industry on the spot in case of their feeling unwell, even in a gas-polluted atmosphere.

The exercises were held on the annual basis in three stages. The first one is the complex task "Exploratory survey of mines and first aid to the victims". The second stage is "Firefighting" – the elimination of the fire source under the increased danger, the development of various firefighting methods. The third one is “Mine Rescue Relay”, where the key emphasis is on the physical preparation of the rescuers. The participants perform five exercises: carrying kettlebell, sawing the wood with a hacksaw, throwing over a car tire, pulling ups and transporting the "victim".

All the competition participants were equipped with DEZEGA self-contained breathing apparatuses P-30. Compared to competitors’ devices and low-quality copies, the CC SCBA P-30 has high reliability, small dimensions and weight, a wide temperature range of use, and low operating costs. The apparatus ensures comfortable breathing conditions and it provides a high degree of protection of the user’s respiratory system and the vision.

The winners of the separate competition stages were awarded with certificates and received material rewards. The Company representatives congratulated the winner of the competition and presented the prizes on behalf of DEZEGA.  Our colleagues wished further success to the mine-rescuers.

It was decided to abandon the traditional republican championship due to the epidemiological situation this year.

The mine-rescue multidiscipline competitions have been held since 1970 at a specially equipped training ground of the Karaganda paramilitary emergency rescue service, which has no analogues in Kazakhstan. The best rescuers of the domestic mining industry came to Karaganda every year. Over the years, representatives of Russia and Poland took part in the competition. This time only the best teams from Karaganda and Shakhtinsk competed.